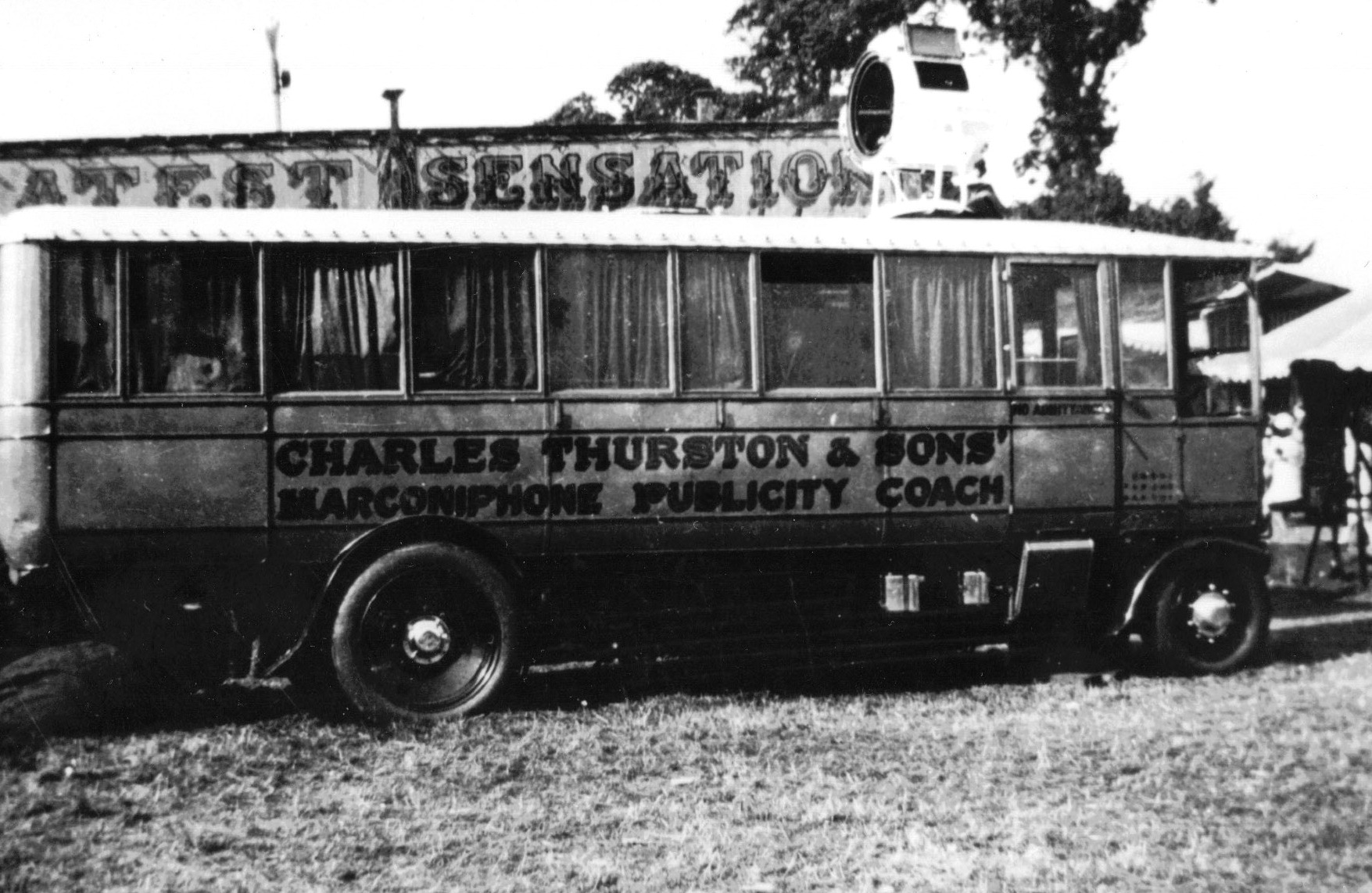 Well known British Showman Charles Thurston arranged and presented his own programmes of orchestral selections, organ solos, marches and songs on the fairground during the early 1930’s.  These concerts were broadcast from his Marconi Radio and Amplifying Tilling Stevens coach to patrons on the fairground. The Sunday concerts often lasted up to an hour-and-a-half, and played to thousands of people.  This all British amplification unit was supplied

with current from the petrol-electric engine.  A very powerful ”searchlight” speaker broadcast the music which gave a ”most pleasant and un-distorted output”. The range of the speaker was reported to be over four miles.